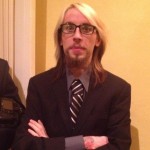 Phan Club will have a table at each and every home game, behind section 103, the only exception of this will be the Home Opener on October 5th

Click the image & any purchase you make on Amazon, 0.5% of your purchase will be donated back us!